Best Summer Festivals Near the Coast of Tuscany 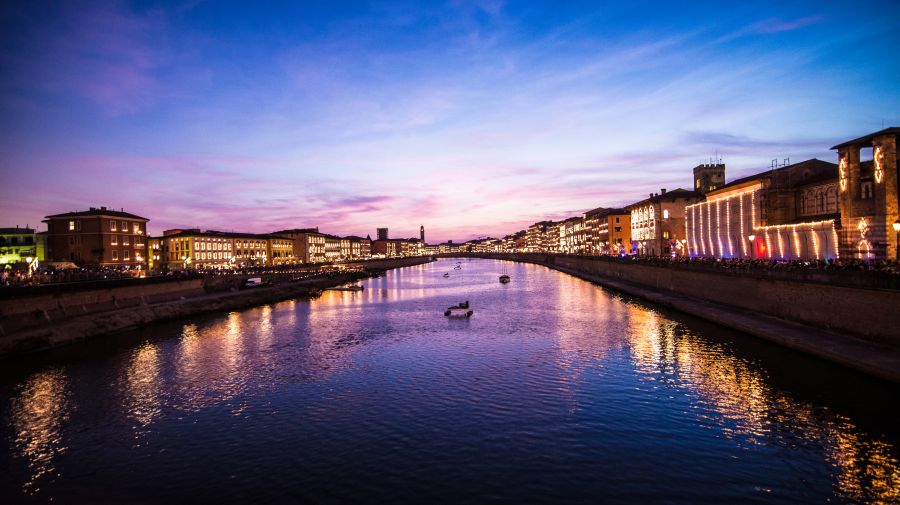 Travelling towards the rolling hills and spectacular coastlines of north-west Italy offers the chance to experience some exciting cultural festivals this summer! Many of the best festivals in Tuscany are thrilling celebrations of art and music. There are plenty of reasons to plan your trip to Tuscany around one of these intriguing summer events. Here’s a list of our favorites:

Top of our list is the Lucca Summer Festival – it’s an established favorite! This lively series of concerts is known for fantastic line-ups, with previous guests including everyone from Snoop Dogg and Kasabian to Van Morrison, Roger Waters and Bob Dylan. Even Elton John is expected to make an appearance! There’s something for every taste, every year.

Don’t be mistaken – this isn’t a festival in the “usual sense.” There are no muddy fields or dodgy campsites. The festival takes place every July, with most events held in the Piazza Napoleone in the beautiful historic center of Lucca. Expect an eclectic mix of relaxed, well-organized events with a great atmosphere!

Perched between the Apuan Alps and the Mediterranean sea is the charming medieval town of Pietrasanta. Dedicated to giving visibility to little known cinematographers, Pietrasanta Film Festival is one of the town’s many quaint celebrations of the arts.

Despite being a relatively small event, we think it’s one of the best festivals in Tuscany. A superbly well-organized festival, the passion of both the contributors and spectators is evident. The program is usually held towards the end of May.

The well-loved Pistoia Blues Festival is the largest event of its kind in the city, which lies nestled at the foot of the Apennines. A vibrant and internationally renowned music event, acclaimed artists such as James Blunt and Alanis Morrissette are among the recent names to perform. It’s one of the best festivals in Tuscany!

Set in mid-July, the event has a reputation for constantly rejuvenating and reinventing itself – despite having run for many years. The rock, blues and folky vibes bring the city to life, whilst street food, drinks and markets of artisan and homemade items on the streets make for an all-encompassing experience. It’s both unique and unmissable!

Find out more about the Pistoia Blues Festival.

Danza in Arte in Pietrasanta Festival is a unique blend of performing and visual arts where dance and music come to life. The festival offers performances and masterclasses where students, dance companies, scholars and artists come together to share their cultures and experiences. A contemporary spectacle, the fascinating performances stretch the boundaries of tradition and capture the audience’s imagination – often with unexpected and suggestive performances.

Just one example for the creative and artistic gathering which Pietrasanta is famed for, the DAP is one of the must-visit summer festivals in Tuscany. It usually takes place in June – the best time of year to enjoy the unique marble workshops and a plethora of art exhibitions which the ‘Little Athens of Italy’ has to offer.

If you’re looking for something with a more traditional twist than Pistoia’s Blues Festival, the Puccini Festival could be your answer. A celebration of the works of Giacomo Puccini (the famous opera composer), it is unique insofar as it is set in the places which are said to have inspired the melodies. It is a powerful event for opera enthusiasts and those looking to experience something new!

Performances are often staged in beautiful locations, such as the 3400-seater Great Open Air Theatre near Puccini’s one-time home at the Lake of Massaciuccoli. Featuring such classics as La Boheme and Madame Butterfly, the spectacle usually runs in July and August. It’s an authentic taste of Tuscany.

Check out the website for more about the Puccini Festival.

Established in 2004, Lucca Biennale (previously known as Cartasia) is an innovative art show dedicated entirely to one medium – paper. It aims to ‘promote tradition, culture, sustainability and innovation through art and design.’ During the event, pioneering artists craft imaginative sculptures, pieces and ideas out of paper.

Another festival which takes place in the medieval town of Lucca, it usually runs sometime between July and September. The biggest event in the world on paper art, it’s a fascinating place for hundreds of artists and thousands of visitors to meet and discover new artworks. International artists from across the world participate in both indoor and outdoor exhibitions, resulting in a broad range of contemporary art to enjoy.

Find out more about Lucca Biennale by clicking here.

Another of the best festivals in Tuscany, Luminara di San Ranieri dates back to the seventeenth century. Held in Pisa every year on the 16th July, a unique light display illuminates the famous architectural wonders of the city. Candles float down the river Arno, and both the tower and cathedral become awash with light.

In celebration of their patron saint, more than seventy thousand candles are dotted around the city. At dusk, fireworks light up the sky – which are best enjoyed from the river. Stick around for the festivities the following day, where the four quarters of the city battle it out at the Regatta of San Ranieri – it’s an unmissable spectacle!

Looking for more information on the Luminara di San Ranieri?

A Taste of Forte dei Marmi

Often our thoughts of Tuscany are dominated by intoxicating rolling hills and lush countryside – however Versilia is also home to some breath-taking coastlines. Forte dei Marmi is a perfect base for a beach holiday in Tuscany, offering easy access to both Lucca and Pisa – as well as the best festivals in Tuscany! Our very own Villa Monti di Luna is walking distance from the beach and boasts attractive scenic views.

Glamorous yet idyllic, the town of Forte dei Marmi is increasingly popular as a holiday retreat, notably among families and luxury-seekers, fashionistas and shopaholics. Fine golden sands and calm oceans make for a quintessential beach-side holiday, and there is plenty of nightlife and boutique shopping to be had. Forte dei Marmi is also the ideal gateway to some of the best festivals in Tuscany in the artistic nearby town of Pietrasanta.  It’s certainly an alluring contender for your next summer getaway!