Curated Under: Pantelleria Things to do 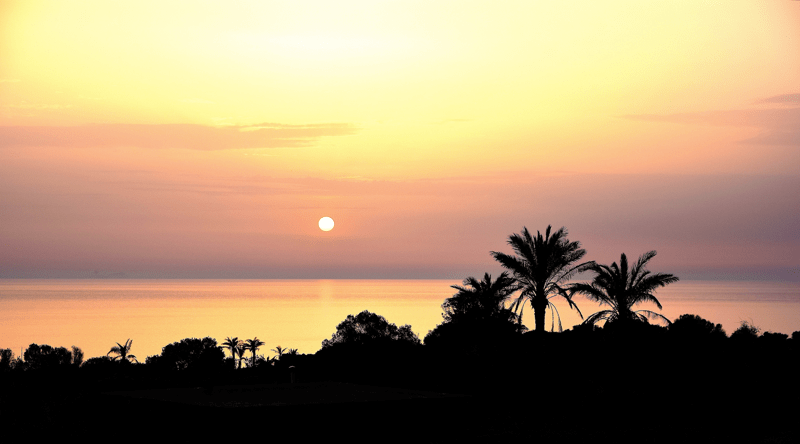 The island of Pantelleria is situated in the Strait of Sicily, between Sicily and Tunisia. While it remains pleasantly undiscovered by international tourists, it has all the trumps for making a great holiday destination. But let’s keep that between ourselves.

The volcanic outcrop can best be described as a melting lava pot of Arab and Italian culture. The petrified landscape is tamed by terraced slopes of vineyards, caper bushes, thermal mud pools and ancient Dammusi.

Here are five reasons why Pantelleria should be the number one destination on your Italian bucket list. 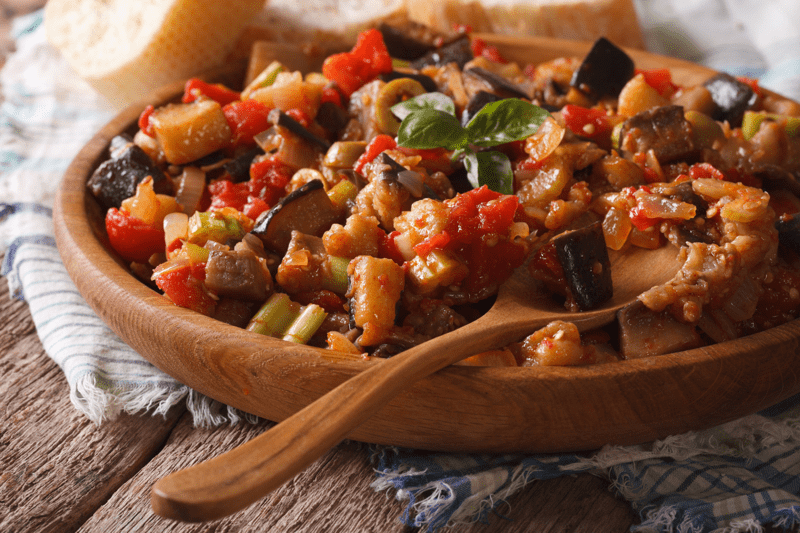 Despite being an Italian island, Pantelleria is fiercely proud of its Arab roots, and there is no great proof than in Pantesco cuisine. On the threshold of Africa: it’s closer to Tunisia than to Italy; the North African influence is evident. Ingredients, such as couscous, honey, spices and dried fruit, play an important role in the island’s dishes. Fused with the staple ingredients of the island: capers (reputed to be the best in Italy, if not in the world), olives, aubergine (eggplant), tomatoes and olive oil, this Afro Italian cuisine is distinctive and delicious.

Contrary to archetypical island custom, Pantelleria doesn’t have a big fishing tradition, so most fish is imported from the mainland. Typically one can expect to find octopus, lobster, sardines, bream, shellfish, tuna and mackerel on a Pantesco menu. Fish is typically served baked with tomatoes and capers, or lightly fried. 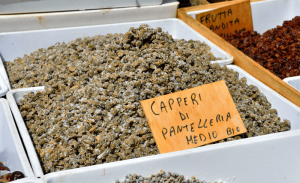 Of course pasta is on the menu, and one of the favourite local pasta dishes is Pantesco Pesto. No parmesan is used in this version, instead capers, tomatoes, herbs, olive oil, and almonds are combined together and served with pasta, or on top of Bruschetta. Or try the Ravioli Armari, a pasta stuffed with Tumma (a local cheese) and mint leaves.

Gelato (ice cream) from Pantelleria has one main ingredient missing: the cream. It’s as cool and light as the wind that sweeps across the island. But if you like your sweets to taste sweet, then we recommend a Kiss Pantesco. No, you don’t have to kiss a local (unless you want to of course!). A Kiss Pantesco is a typical sweet pastry from Pantelleria; two deliciously thick and crispy pancakes sandwich a filling of ricotta, chocolate chips and cinnamon, topped with a dusting of icing sugar. Divino! 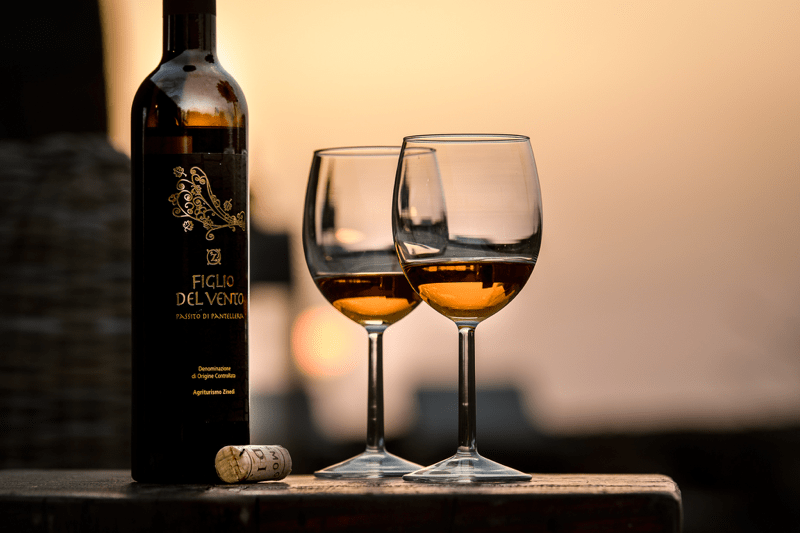 Like so many regions of Italy, Pantelleria is famous for its wines. The island is home to some of Europe’s most southerly located vineyards. Legend has it that the Goddess Tanit wanted to attract the attend of Apollo. She turned to Venus, the Goddess of Love, for advice. She advised Tanit to scale Olympus pretending to be a cupbearer, and offer him a cup of golden Ambrosia. Instead she took a cup of the fermented Pantesco wine, and Venus fell in love.

There are over 300 small growers in Pantelleria, which shows the importance of the production, for such a small island. Passito di Pantelleria and Moscato di Pantelleria are two varieties of wine that have been granted the DOCG (Denominazione d’Origine Controllata e Garantita) status, which denotes Italian wines of the highest quality.

The Passito di Pantelleria is produced from wind-dried grapes grown on the island, a variety of wine that was immortalized by the ancient gods, and has since been revered by wine critics around the world. The production itself uses age-old methods; the vines are very low bush, planted on small terraces bordered by dry-built lava stone walls. The resulting wine has a honeyed sweetness, with hints of orange.

Moscato di Pantelleria (Pantesco Moscatel) has been produced on the island since the beginning of records, using the Zibibbo grape variety. The wine is one of Sicily’s principal wines, typically drunk on the feast day of St Martin, April 13th. 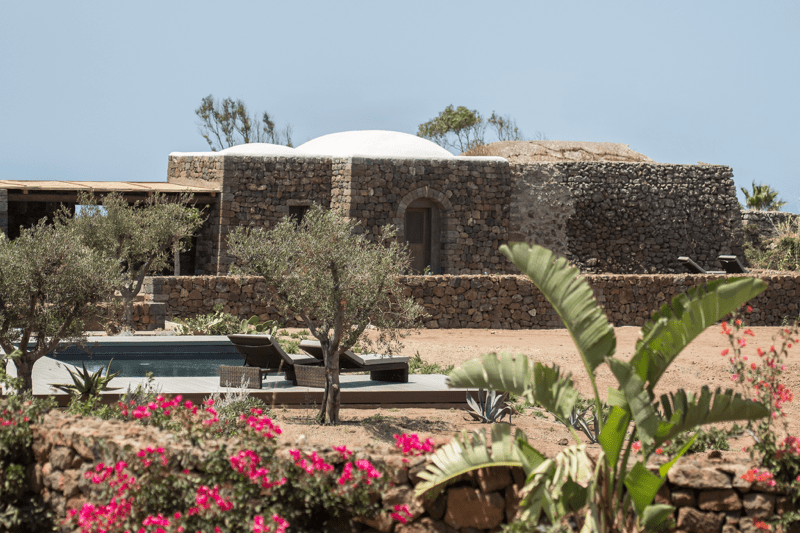 The island of Pantelleria has been inhabited since prehistoric times. The first inhabitants were extremely adept at construction, their unique methods and architectonic skills were quite diverse and forward thinking for the era, which can be seen amongst the prehistoric ruins that pepper the island.

The Dammusi are traditional Pantesco homes built from the natural stone of the island. They were first constructed during the Arab occupation during the 10th century, they have been architectural icons of the island. A dammuso has a cubic base and is finished with a dome shaped roof, which collects rainwater. The name Dammuso has its origin in the Italian word ‘dammusi’ which means vault. 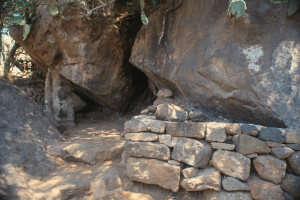 Benikulà Cave (the dry bathing) shelters a natural sauna, one of the best known dry-baths in the world. This natural phenomenon derives from the island’s volcanic activity. Fashioned only by mother nature, this is an encounter not to be missed when visiting Pantelleria. Inside the cave visitors sit on large lava stones, whilst the subterranean steam vapours relax mind and body. The deeper you go into the cave, the hotter the vapours.

A trip to Benikulà Cave is best experienced early morning, or at sunset, when the views to the valley are stunning. The Benikulà Cave can be found on the ridge of the Montagna Grande, just a short walk away from the hamlet of Siba.

The Mirror of Venus 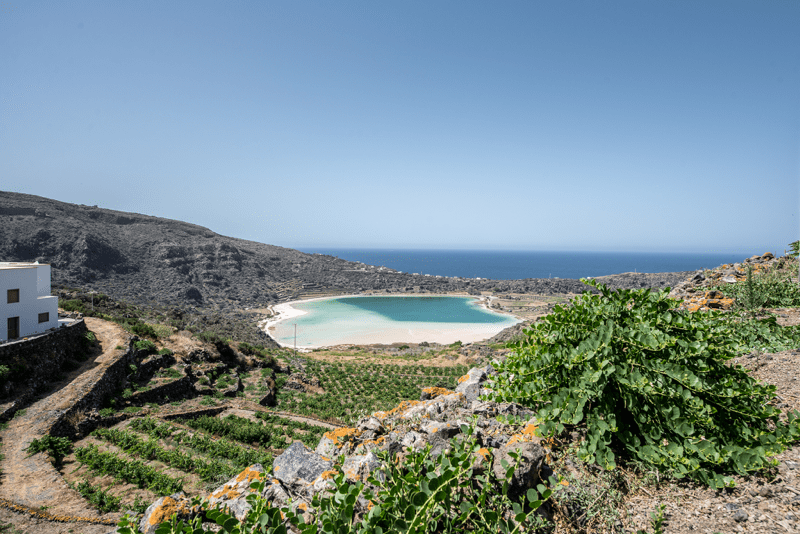 Specchio di Venere (Mirror of Venus) is a natural rainwater lake formed from an old crater. If it looks familiar it’s because it’s been the location for many a fashion shoot: Madonna herself was even photographed covered in the therapeutic Fango mud. The lake itself is formed from an ancient caldera which produces the thermal springs. To one side of the lakes these springs create a gurgling mud bath. Here the Fango and algae have extremely restorative effects for your skin. Bathers, old and young, can be found revelling in the delicious, warm mud.

These are five perfect reasons to visit Pantelleria, but let me add a sixth: anonymity. This peaceful island hasn’t yet been touched by mainstream tourism, and long may it stay that way. Arriving on Pantelleria you immediately sense that this is the destination where your stresses will be carried off with the wind, and where nobody is going to mess with your happy karma.