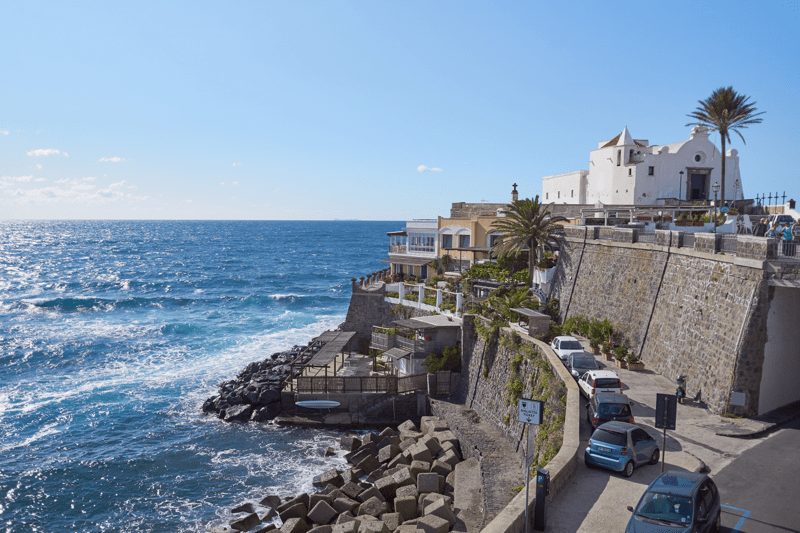 The largest island in the gulf of Naples, yet Ischia has many hidden nooks and corners, only discovered by travellers who detour off the beaten track.

Some even say that Ischia itself is a hidden island. Although just a short ferry ride from Naples and popular with Italian holiday makers, it’s still relatively unheard of by the millions of foreign travellers looking for an Italian escape.

The prestigious National Geographic magazine published an article on Ischia titled, The Incredible Italian Island You’ve Never Heard Of. The magazine speaks of the beautiful and secluded village of Sant’Angelo, and of the island’s iconic churches. Worth highlighting is the Church of the Madonna del Soccorso (Chiesa del Soccorso) in Forio d’Ischia. 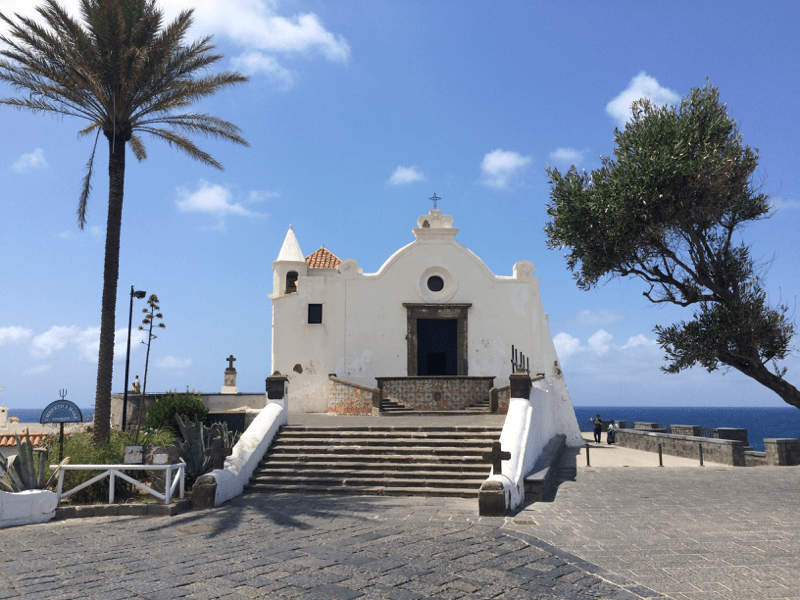 Set on a bluff overlooking the coast, the church with its mish mash of architectural influences, gleaming alabaster exterior, and the azure Mediterranean beyond, appears almost Grecian at first sight. It’s nickname is the Navigator Church; it’s gleaming brilliance serving as a beacon for the ships and fishing boats sailing close to Ischia in bygone days. It was also the place where the sailors’ wives came to pray for the safe return of their husbands. 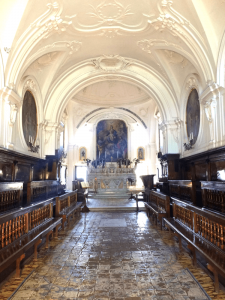 Whilst many make the visit to wow at the spectacular view and take the mandatory selfie – especially at sunset – fewer visitors take the time to wander into its shady interior, which our Villa Italy team consider as one of the hidden marvels of Ischia.

The 17th century stone doorway leads into a simple barrel vaulted nave with three arched bays, each forming a small chapel. The encompassing cornice is decorated with model boats bestowed to the church in thanks by shipwreck survivors.

Behind the main altar sits a 16th century crucifix, said to have washed up to shore from a shipwreck. The floor around the altar is set with a beautiful ceramic pattern of stars and flowers, reminiscent of Spanish azulejos of 17th century Moorish tradition.

The Church of the Madonna del Soccorso is situated just a couple of miles away from our villa Torre dell’Aquila. We highly recommend a visit when you are next in Ischia.

View the route on Google maps between Soccorso Church and Torre dell’Aquila.

Look out for more of Ischia’s hidden corners in our Ischia travel guide.